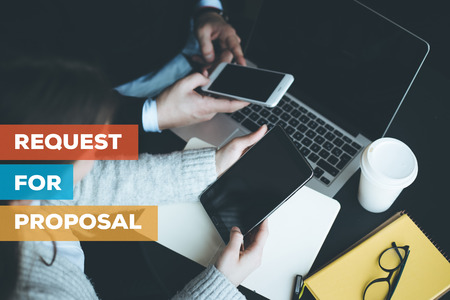 I recently wrote a blog about how to select an outdoor digital menu board and another on how to select the best supplier. The process requires a lot of expertise and skill. It can’t be based solely on initial cost.

Since I just went through a large RFP process I thought I should write something about it. I am very familiar with the subject and one of my very first projects as a consultant, back in the very beginning of the digital menu board industry, was to develop a digital menu board RFP for Yum! Brands for their KFC division.

Although I did everything correctly I have never felt good about that job because it turned out to be a huge failure that hurt our industry. They selected the supplier, totally based on the lowest initial cost, and rolled out indoor digital menu boards at several hundred sites. About one year after they installed them they started having problems with the displays and the software (FKC had someone develop their own software). There were issues with the warranties and they got so upset they removed all the digital menu boards and re-installed old style menu boards.

At the time I had several friends at Yum! Brands and KFC so I heard a lot about the problems, but I never really knew for sure what they were because I only heard one side of the issues. Also, at that time the software and displays were not nearly as reliable as they are now. I also assumed selecting the lowest price system had a lot to do with the problems.

The recent RFP I was involved in for a major chain went very well. I felt good about our proposal and our chances of success because we offered the best system at the best overall cost and that was confirmed several times. We ended up submitting our proposal about four times with slightly different criteria each time. A major concern I had with the RFP was there were several key issues not covered. We had to submit our proposal based on what we thought was the correct way but much was open to the bidder’s interpretation.

This was already a very large RFP but at the end of the process, we received information that indicated it could be three times larger, although there were no guarantees that would happen. All the bidders were asked if they wanted to lower their prices one more time based on the larger size. We lowered our prices a few percentage points but two other major manufacturers cut their prices by 30-37%, plus offered free freight. As you can imagine, they were awarded the project. We could not compete with that!.

How could they cut their prices by that much? They have to make that money back some way. One of these companies were offering an old technology that has proven to have problems, so I was almost sure they would not be chosen. I have seen things like that happen before in this industry and the projects almost always turn out to be disasters. It ends up costing the end users more in the long run. It will be very interesting to see how this one turns out.

One thought on “How do RFP’s Really Work?”